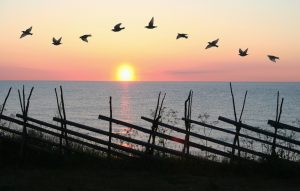 This information was gathered from Oceania, Monterey Bay Aquarium, Dr Josh Axe. Plus I’d like to thank my sister Sharon for reducing the sheer volume of information into a bite size blog for our benefit.

1. Tilapia – low in Omega 3’s, high in Omega 6’s. in some respects is
worse than eating bacon.
2. Atlantic Cod – Is becoming endangered because of too much
fishing. Moderately high in mercury
3. Atlantic Flatfish (Atlantic halibut, flounder and sole) Pacific
not great either. High contamination and irresponsible fishing
practices.
4. Caviar – Comes from the Beluga sturgeon which is highly
vulnerable to extinction due to over fishing.
5. Chilean Seabass – over fishing has this species in trouble, also
elevated levels of mercury.
6. Eel – plummeting numbers of Unagi eels common in sushi due to
over fishing. Now Asian fisheries are going after American eels.
Also, they tend to absorb and store contaminants such as
endocrine disruptors like PCB’s and flame retardants.
7. Farmed Salmon (Atlantic or Wild-Caught) – Farmed fish in
general are filled with contaminants, especially salmon. Salmon
are carnivores. Feeding salmon on farms is causing over fishing for
wild sardines, anchovies, mackerel herring and other fish. High
dioxin levels and lower nutrients. Atlantic wild-caught is
endangered and could be extinct by 2100.
8. Imported Basa/Swai/Tra/Striped Catfish (often labeled
“Catfish”) Actual name is Pangasius. Much of it comes from
Vietnam where the fish are swimming around in waste and
sludge. It’s a filthy fish with bacteria and there is also a high level
of antibiotics in the fish. Also contain pesticides and disinfectants.
9. Imported Farmed Shrimp – 90 percent of our shrimp is farmed.
A whole host of issues from xenoestrogens, pesticides, other
chemicals to kill the fish and mollusks in shrimp ponds. U.S.
farmed is much better than foreign. Wild caught – It takes 2.8
pounds of fish to produce 1 pound of wild-caught shrimp30 % of
shrimp labeled as wild caught is actually farm-raised. Alaskan
wild-caught is seen as the best. Even if wild caught responsibly,
they are still bottom feeders.
10. Imported King Crab – About 75% sold in the U.S. is
imported from Russia where unsustainable fishing practices are
common. Although Alaskan king crab legs are legal, mislabeling is
the norm and are actually caught in Russia. If it says “Alaskan”
and “imported”, something is wrong.
11. Orange Roughy – A severely over fished species. Also,
because it’s a larger fish, it’s known to have higher mercury levels.
12. Shark – because they are at the top of the food chain, they
have higher mercury levels. They mature slowly, so their numbers
are dwindling.
13. Atlantic Bluefin Tuna – sought after for sushi. It’s
overfished to the point of near extinction. Referred to as Hon
Maguro on sushi menus. A better sushi choice would be
katsuo/skipjack tuna caught through Pacific troll or pole and line
methods. In addition, they harbor higher levels of mercury.
14. Swordfish – very high in mercury levels. EPA guidance
suggest women and children avoid it altogether and men, no more
than once a month.
15. King Mackerel – elevated mercury levels. The FDA warms
women and children to outright avoid it. Avoid Spanish mackerel
too. Atlantic mackerel is high in omega 3’s and low in mercury
and is the top choice for health and sustainability.
16. Grouper – high mercury levels. Also is vulnerable to
overfishing. Pangasius or “Vietnames catfish” is often mislabeled
as grouper. Also found that grouper for sale is actually often king
mackerel or whitefin weakfish which is a cheaper alternative.
17. Sturgeon – in addition to Beluga sturgeon, other sturgeon
are at risk too. It was listed as more critically endangered than
any other group of species.

2. Pacific Sardines – one of the highest levels of omega-3 on the
planet and contaminate levels are low because it’s lower on the
food chain.

Second choice – moderate amts. of mercury but high in omega-3s
4. Albacore Tuna (troll or poll-caught from U.S. or British
Columnbia)