What is your Blueprint ? by Brenda Stoeke

I moved to Saratoga in November of 2016 for my absolute dream job, working with rescue thoroughbreds and trauma victims. As an expert in emotional stability with people and animals, this was perfect! The moved also offered my husband Carmen the opportunity to pursue his dream job of voice artist/actor.
It seemed the stars were in alignment as my next perfect experienced arrived the following week at the beautiful and historic Anne’s Washington Inn. The special event at the Inn was a gathering of Saratoga’s healing community, which included a Tai Chi teacher, Naturopath, Reiki practitioner plus other curative modalities were represented. I felt a real connected to this tribe of healers and sensed I had found my spiritual family, feeling included, worthy and supported.

In March of 2017 the grant funding for my “dream Job” disappeared….. Carmen and I were devastated… Having sold our beloved farm in Connecticut, we used all our funds to support ourselves during the transition. What were we to do now? We felt anger, despair…WHY ME? life is unfair and cruel.

We could have nursed our anger. Anyone hearing our story would have agreed that our emotions were justified. Instead Carmen and I chose to understand that the feelings of victimhood were old beliefs and not about the present dilemma we found ourselves in. We understood through this experience that emotional stability is the key to building a life worth living. This allowed us to create a pathway to wellbeing of emotions: compassion, freedom and joy; Carmen and I set to work to healing our wounded emotions. The essence of the Blue Print began to form…..

The Structure is the first section of the BluePrint and it came directly from my experience of living in the world thinking things were happening to me, money was a struggle and I was not in control. Finances were a big catalyst to this section. I was living on the victim level of the 4 levels of spiritual growth or how I like to call it “Lemming Land”. I was thinking, and acting to please others in hopes they will see my value. If was I was a good girl, life would reward me with the things I wanted. It wasn’t working, and I was full of doubt , blaming others for my circumstances.

In 2006, I began the journey and obtained my Masters in Spiritual Psychology. By 2008 I had moved to the spiritual level of knowing I create my own reality. Since my life was not what I wanted I felt I was doing a pretty crappy job of it. I lost my business, filed for bankruptcy but I also found my husband that same year. Things started to improve when I moved into the level of being in service to others. I wanted to help those who were struggling and I reached out to folks who I felt needed my help. I was an instrument of change. Life got better for sure, yet I wasn’t living within secure finances. Bills were still piling up, more was going “wrong then right” and this was where I vacillated between the 3 levels. Some days I was 51% in lemming land, powerless, finding blame and doubt and some days 49% in service to others.

Then I discovered there was a 4th level. The Oneness level: that’s where, the Quote by Mahatma Gandhi: “Be the change that you wish to see in the world.” falls into place. I was living as a demonstration of hope, freedom, security and peace. I truly wanted to feel these emotions consistently. I knew what kind of structure I want to base my life or “Dream home” on. Think about the first step to building a dream house? You would need to know what kind of structure to tell the architect you want.
The Structure is about how to bounce from Lemming Land to Oneness with grace and ease.

I discovered the next section only 1 year ago and it has changed my life. The Foundation is all about Human Design. (humandesignamerica.com) I am a generator, as such I need to be in response to my world and I was trying to initiate everything. Once my profile was explained to me and I started practicing living my design, things just got easier. Grace and ease became my partners. Anxiety over next steps was diminished and now I can say it is rare for me to not know what to do next. This was very evident in my relationship with meeting key people in Saratoga. My career took a turn toward abundance and so did my husbands by following our Human Design. 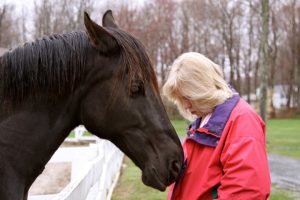