The Meaning of the OM Symbol

Before the beginning, the Brahman (absolute reality) was one and non-dual. It thought, “I am only one — may I become many.” This caused a vibration which eventually became sound, and this sound was Om. Creation itself was set in motion by the vibration of Om. The closest approach to Brahman is that first sound, Om. Thus, this sacred symbol has become emblematic of Brahman just as images are emblematic of material objects.

The vibration produced by chanting Om in the physical universe corresponds to the original vibration that first arose at the time of creation. The sound of Om is also called Pranava, meaning that it sustains life and runs through Prana or breath. Om also represents the four states of the Supreme Being. The three sounds in Om (AUM) represent the waking, dream and deep sleep states and the silence which surrounds Om represents the “Turiya” state.

This closes the pronunciation of Om just as deep sleep is the final stage of the mind at rest. Whenever Om is recited in succession there is an inevitable period of silence between two successive Oms. This silence represents the “fourth state” known as “Turiya” which is the state of perfect bliss when the individual self recognizes his identity with the supreme. 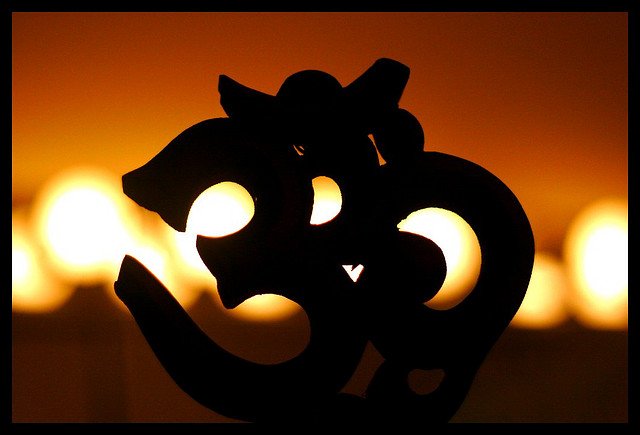 Just as the sound of Om represents the four states of Brahman, the symbol Om written in Sanskrit also represents everything. The material world of the waking state is symbolized by the large lower curve. The deep sleep state is represented by the upper left curve.

The dream state, lying between the waking state below and the deep sleep state above, emanates from the confluence of the two. The point and semicircle are separate from the rest and rule the whole. The point represents the turiya state of absolute consciousness. The open semicircle is symbolic of the infinite and the fact that the meaning of the point can not be grasped if one limits oneself to finite thinking.

The Power of Chanting Om: 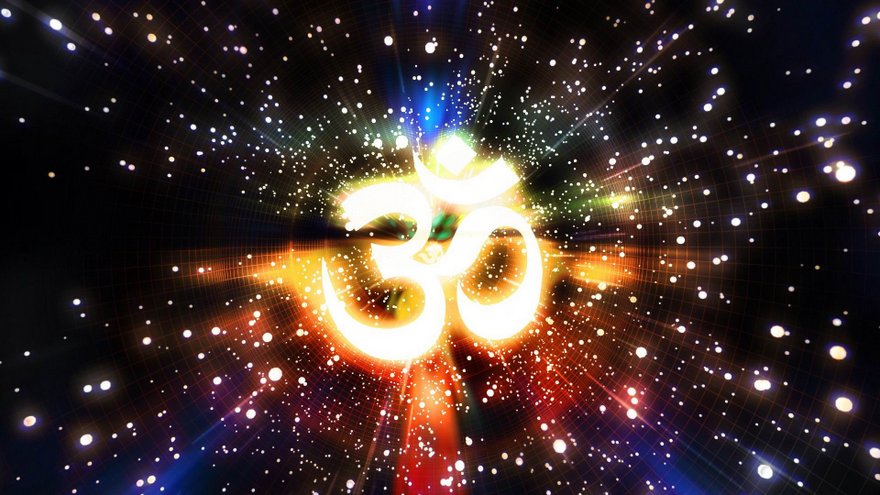 The chanting of Om drives away all worldly thoughts and removes distraction and infuses new vigor in the body.

When you feel depressed, chant Om fifty times and you will be filled with new vigor and strength. The chanting of Om is a powerful tonic. When you chant Om, you feel you are the pure, all pervading light and consciousness.

those who chant Om will have a powerful, sweet voice. Whenever you take a stroll, you can chant Om. You can also sing Om in a beautiful way. The rythmic pronunciation of Om makes the mind serene and pointed, and infuses the spiritual qualifications which ensure self-realization.

Retire to a quite place, sit down, close your eyes and completely relax your muscles and nerves. Concentrate on the space between your eyebrows and quieten and silence the conscious mind. Begin to repeat “Om” mentally while associating the ideas of infinity, eternity, immortality, etc. You must repeat Om with the feeling that you are the infinite and all-pervading. Mere repetition of Om will not bring the desired result.

Every part of your body should powerfully vibrate with these ideas. This feeling should be kept up all day long. Practice regularly and steadily with sincerity, faith, perseverance and enthusiasm in the morning, midday and evening.